Yesterday and today I had the time of my life. And, really, that’s probably not a coincident given that my producer here in New Orleans, Donny Markowitz, actually wrote that song. For which he won an Oscar BTW, and yes, it’s this one… Donny told me that he never actually lifted up the statuette himself, but that he figured that everyone who’d since touched it has left a bit of their good energy in it. I like to think that somehow I belong to that group. 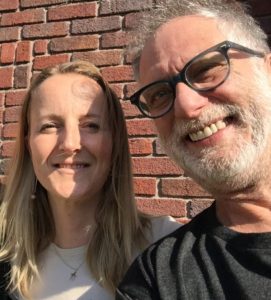 Donny just has a great energy about him! When I arrived to New Orleans on March 6th with a suitcase full of songs and a dream, he welcomed me with a lot of warmth and heart. The dream was to make my very first EP of my own songs come to life, songs I’ve written in New Orleans during the six years I’ve lived in the city since 2002. I had contacted Donny a couple of months prior to my arrival asking if he would produce the record. We had met before at songwriting session, but I had no idea how much good stuff I was in for.

I did remember Donny as being a super nice guy and our first skyping session confirmed that impression. We hit it off right off the bat, and it didn’t make me feel any worse to hear how Donny believed in my music. I felt (and feel!) honored and wouldn’t have believed my good fortune, if it weren’t for knowing that the right circumstances and people come to us when we are ready for them to do so . Besides producing the album, Donny was also going to help me tighten up the tunes, getting the arrangements strong and pre-produce the tracks for the musicians to prepare for the recording session.

At day one of being in the studio, I was immediately smitten. The guys showed up with a sweet, up-beat spirit, ready to PLAY! I knew Donny had arranged a great team to record the four songs with Chris Adkins on guitar, Donald Ramsey on bass, Doug Belote on drums, Larry Siebirth on piano, Matt Rhody on violin, and Weedie on percussion. Weedy, BTW, told me that he was playing Carnegie Hall next week. So there’s that. 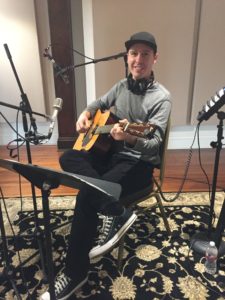 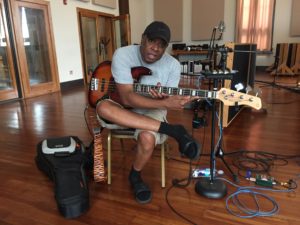 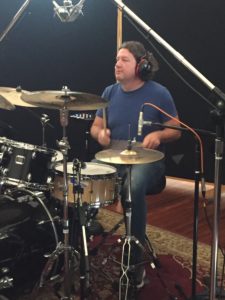 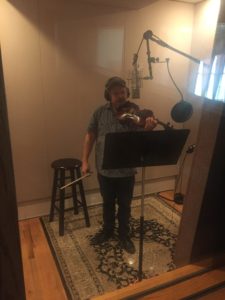 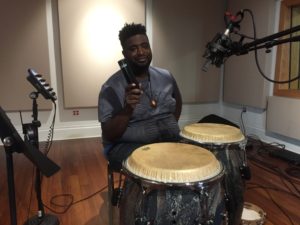 I hope the sweetness of these guys shines through on these photos, as they are indeed some of the most humble, musical, and pleasant people I’ve ever met. There were hugs and good vibes all around from the start making it all feel so comfortable. This was also largely the cadeau of sound engineer and owner of Esplanade Studios, Misha Kachkachishvili, with whom I’ve worked several times in the past, and who exuded exactly that kind of warmth and encouragement, that a singer who’s doing something as sensitive as recording original music needs to feel.

During both recording days, today’s and yesterday’s, it felt as if a channel was opening up for the music to flow from above directly through each one of us. This channel phenomenon I’ve described in the song Can You Feel It, which I co-write with guitarist Chris Adkins; it’s a channel, which lets the creative energy manifest and connecting us all on a spiritual level. And thus the band did just that; we all connected on a deep level that left me with chills. It was amazing.

Being in the studio with all these dudes was so much fun too! Yesterday, I’d jokingly told Doug that my song, Jacob, which is about a homeless man I met while busking in the French Quarter, was actually written about him, and that I had changed the name. Today, when I went into the vocal booth, I noticed that Doug had replaced the title “Jacob” with “Doug” and changed “Danish” with “Cajun sailor” (Jacob actually called me by the name of a famous Danish sailor’s wife). This just cracked me up!

Tonight, I’m feeling in love. Not with any ONE person, but with a whole city, its creative vibe, its colors, shapes, nature, and smells, and, above all, its people. Both of these two days in the studio were simply fantastic, and I still feel my whole body vibrating with energy! The music making has been amazing and I can’t wait to be able to share the final result with all those who care to listen.