Brian Hudson and me ready to create music 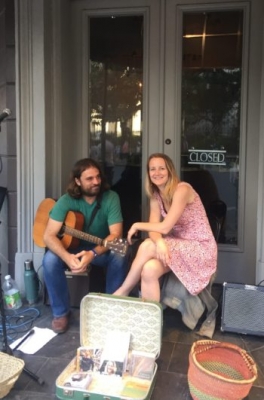